As Andi and Phil tell us, getting married on the tenth anniversary of their civil partnership gave them every reason to toast love and friendship. Pictures by Peter Morgan of Morgan James Photography

Long before social media, people had to meet each other for real. We were at a Gay West new members’ social evening and Andi was just helping myself to some trifle, when Phil came across and said ‘oh, I’ll have some of that.’ 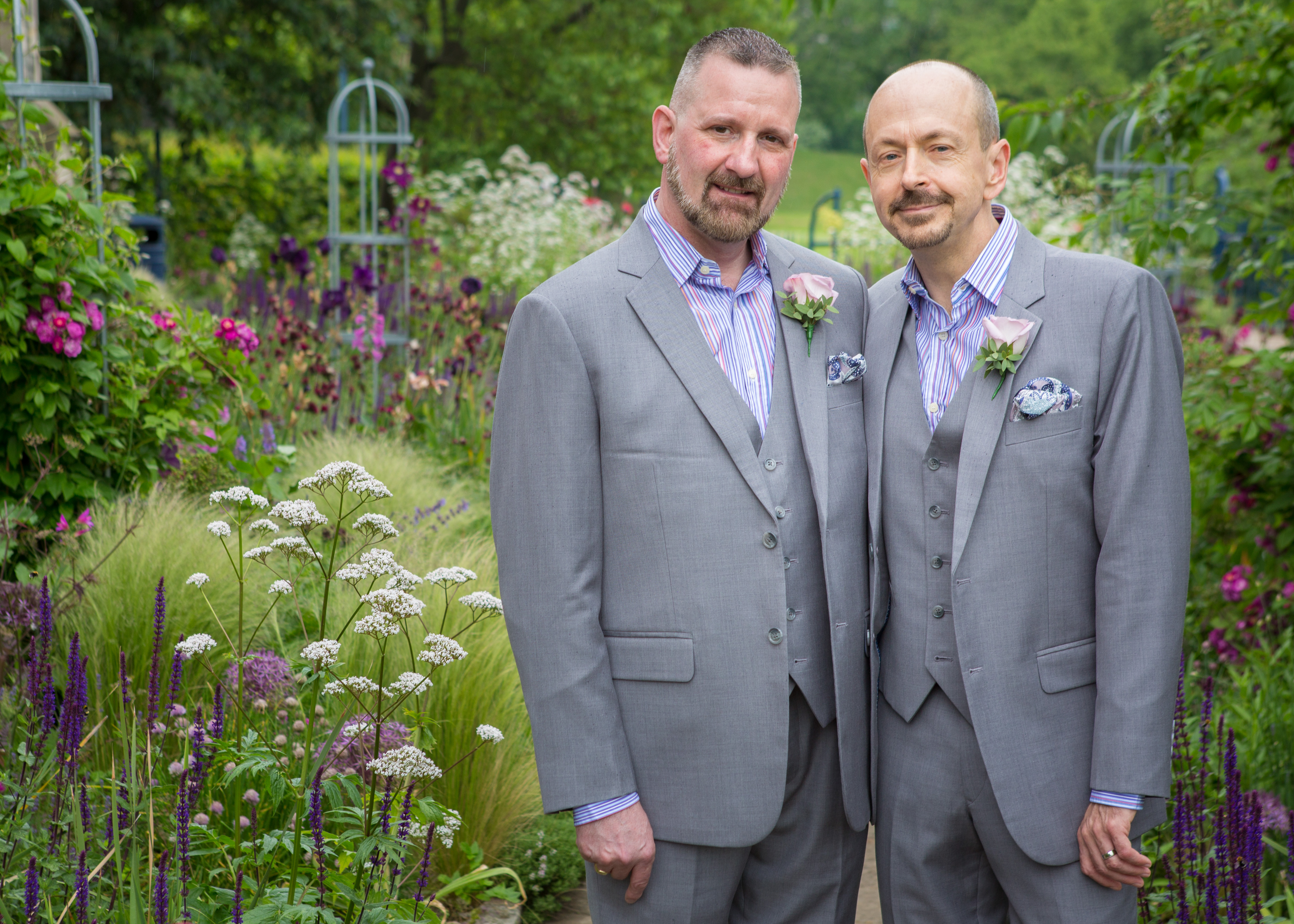 At the time, Andi was already dating another guy. Fast forward three months to when Phil invited him home for coffee – and the rest, as they say, is history.

We had a civil partnership in the first year after the regulations were passed in 2007. There were three proposals from Andi to Phil before he finally said yes! We didn’t have an official photographer for that, and sadly didn’t get any truly memorable pictures to put in a frame on the wall.

When equal marriage laws were passed we were not in any great hurry to convert, but knew that we would at some point. This time it was Phil doing the asking. We had a small group of close family and friends who attended our marriage conversion on the tenth anniversary of our original civil partnership, which was quite poignant as it meant that we could simultaneously celebrate our tenth wedding anniversary.

When we thought about how we wanted to celebrate our day, we soon decided that we wanted something with a small intimate group of friends that was stylish but not starchy. We also decided that we wanted to try and have the same original eight or so guests at the ceremony that came to our original civil partnership. Unfortunately, a couple of them could not be there and we had to decide on a couple of alternative friends to invite along, but at least we had the choice of a lot of good friends. 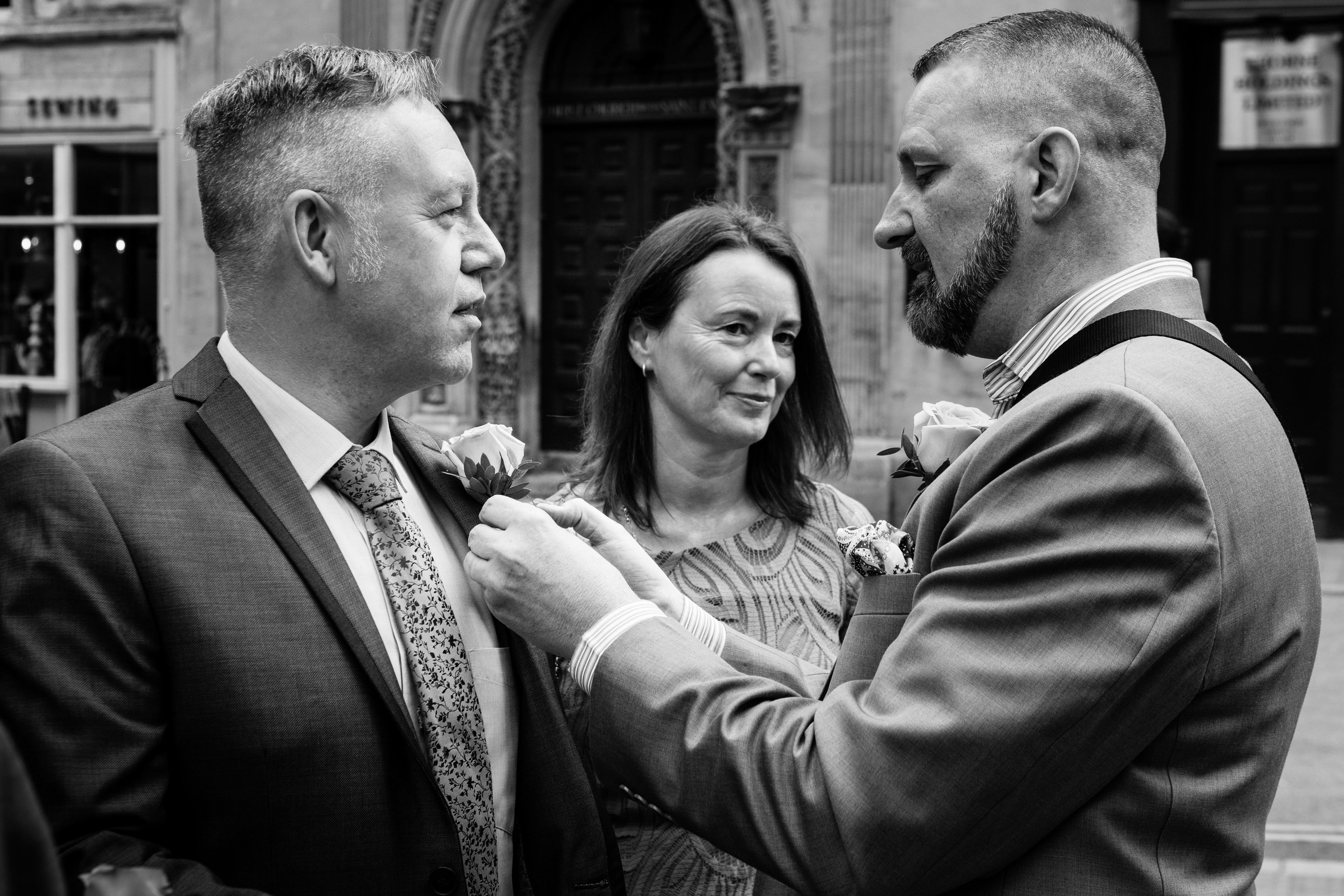 The ceremony took place at Bristol Registry Office, which at one point in history was actually a court house complete with prison cells! More recently it was the seat of Bristol City Council. That said, today it is a beautifully restored Georgian grade two listed building with gorgeous oak panelled rooms, and it was perfect for a stylish wedding ceremony. The invites were handwritten in proper ink on Smythson stationery – Andi being one of the dying breed that still uses a traditional fountain pen!

For more about Andi & Phil’s beautiful wedding, check out the latest edition of Pink Weddings Magazine…