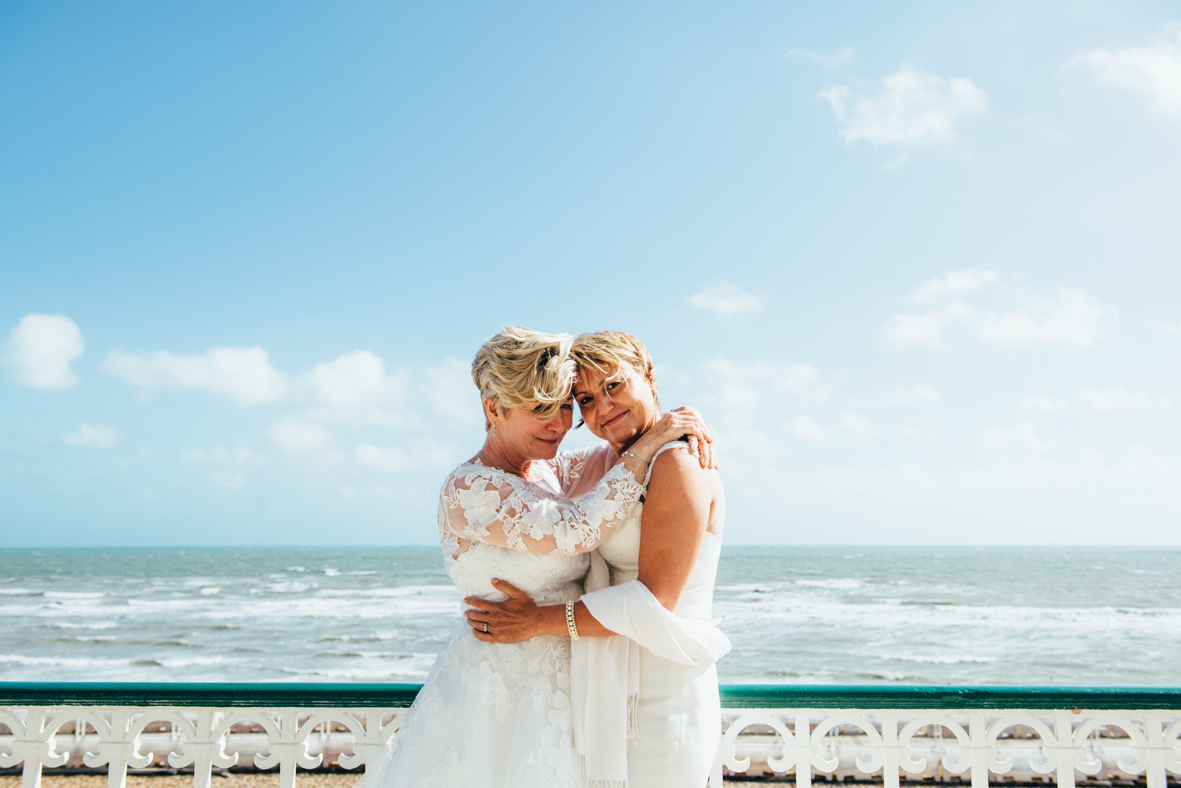 Meeting for the first time as a cowgirl and a dog, Dee and Debs were never going to follow rules to the letter. They share their happy story. Photography by Allison Dewey

We met at a fancy dress party in Kent. The party was themed as ‘The L word’, so you had to dress as something beginning with L. Dee was the Cowgirl of Love and Debs decided to dress as a dog – Lassie! We met again in Brighton the following weekend and have been together ever since. That was 1 July 2006 and we married on 2 July 2016, ten years later.

We were going to celebrate our tenth anniversary and decided to have a bigger party, so a wedding seemed the perfect idea. We had already bought rings for each other from the same designer a few years earlier, so these just became our engagement rings. There wasn’t an official proposal – just a few nights opening bottles of champagne while we talked about our visions of our perfect day.

We wanted to have an intimate venue that had space outside where everyone could sit and we could have our own entertainment – also somewhere that our bridesmaid, our little dog Dillie, could enjoy! Somewhere in Brighton and Hove would enable us to invite everyone to a party by the sea. 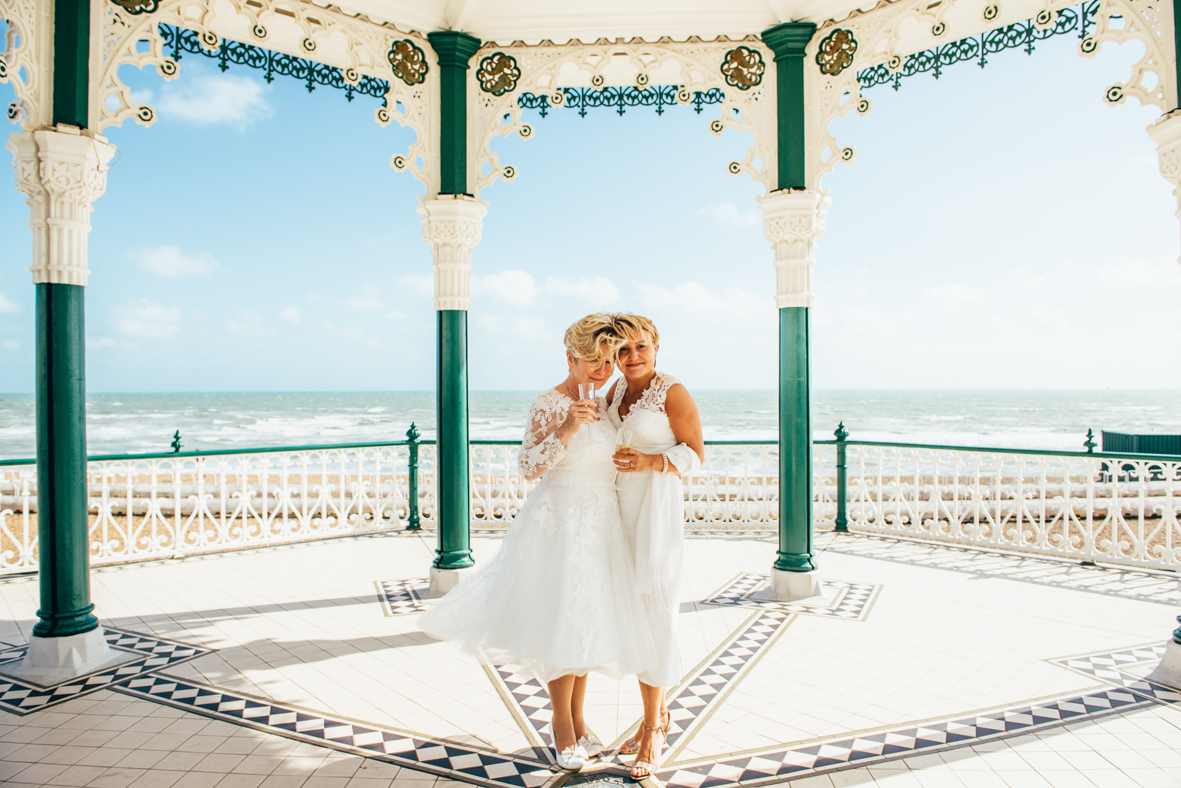 Living on the coast we wanted the style of décor to be ‘beachy’, with candles in jars of shingle and small votives placed all around the reception venue and garden area. Flowers for the table were ivory and blue, again in vases of pebbles.

Neither of us knew what the other was going to wear, although we’d both talked about probably wearing ivory dresses. Dee had her dress made by an online company in Canada. It was three-quarter length, 50s style ivory lace, with matching amazing shoes. Debs chose a figure-hugging sleeveless ivory lace dress, which she’d bought in town and coincidentally had taken up to be three quarter length. The dresses were the exactly the same colour ivory and length, which was amazing considering neither of us knew about the other’s.

We had wedding rings commissioned to complement the style of our engagement rings. The jeweller Julia Pharo was at a wedding fair the previous year and she helped us create the perfect rings, having them moulded around our engagement rings and taking trips to London to choose the diamonds. Julia and her husband even drove to Brighton the week before to deliver them personally.

We wanted to follow the tradition of being apart the night before our wedding, so that the moment would be really special when we saw each other for the first time. Debs stayed at the Claremont hotel  which is where we were having the reception. We hired all of the hotel’s 12 rooms for the wedding night, and a few of them on the first night for friends and family.

Both of us had our hen night on the eve of the wedding. Dee had friends down from London and hosted a party at home before going into Brighton for a meal, while Debs had fizz in the garden of the hotel with her family, before a meal on the seafront. Her father, who’s 89, sat at the head of the table and loved being surrounded by 11 women!

All images by Alison Dewey Photography