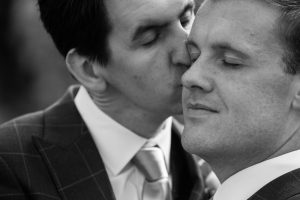 We met through a dating app back in July 2013 and arranged to go for drinks in our local bar in Bromley. We ended up talking non-stop for more than four hours until the early hours of the next morning, and found we had a lot in common, from our mutual love of theatre and music to holiday destinations. Within the first two weeks of meeting, we had been on six dates – we knew we both liked each other and then became ‘official’.

James proposed in July 2015. Having been out for the day he told me to drive a route that he had pre-planned – however I resisted at first, insisting I knew my own way home! James directed me towards a beautiful country house hotel situated in the depths of Ashdown Forest. While I had popped out earlier that morning, he had booked us in at the hotel and told them that he planned to propose. He also managed to pack a full overnight bag and put it in the car without me knowing.

When we reached the hotel, James took me for a walk to the secret garden, within the grounds. I was just about to leave when he called me back. As I turned around, there he was – on one knee, asking me to marry him. I was totally shocked, and of course I said yes! 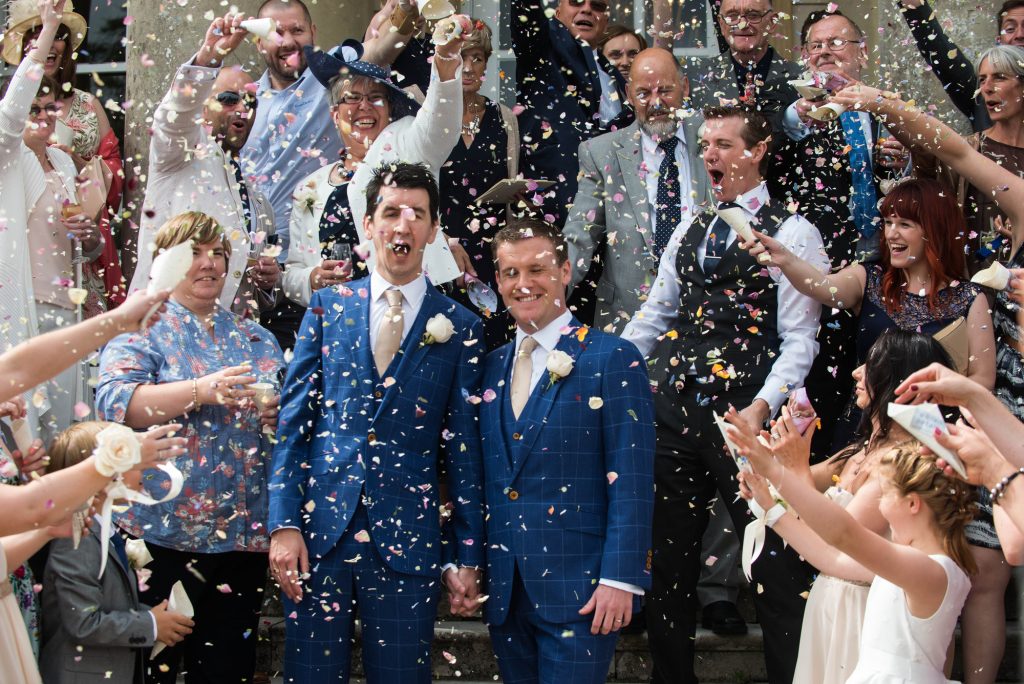 We chose the classic countryside setting of Buxted Park Country House Hotel as our venue – a decision made the moment we saw it. We sent out our ‘save the date’ and then invitations, both featuring a classic and simple silhouette of two gentlemen in tuxedos.

Our main colours for the day were royal blue and champagne, with our bridesmaids in beautiful champagne dresses made by a friend, and the two of us in royal blue suits by Jon Kruger London. We had fallen in love with a beautiful blue suit at a wedding fair earlier in the year, so Jon personalised the matching design for each of us by adding details such as our initials stitched inside, contrasting linings and different colour buttonholes…

To find out more, read the latest issue of Pink Weddings Magazine