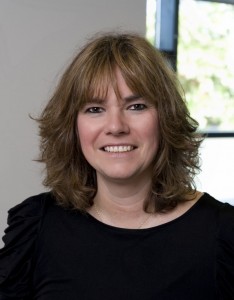 To have and to hold

If the unthinkable happens and your relationship breaks down, at least you should be prepared. Lawyer Karin Walker gives her advice

As a society we are keen to protect ourselves from the detrimental effect of unexpected adversity through the mechanism of insurance – some of which is mandatory, such as car insurance, but otherwise is a personal choice based on risk aversion.

When two people contractually join their lives, whether by marriage or entering into a civil partnership, they can be exposing themselves to the greatest financial risk of their lives if, sadly, it all goes wrong.

The Family Court has an absolute discretion to solve financial matters between a separating couple, based on a very vague set of guidelines derived in part from Section 25 of the Matrimonial Causes Act 1973, and also from subsequent case law.

The starting point for division of capital is equality – but there will be a departure from equality if ‘need’ suggests that to be appropriate. ‘Contribution’ may be seen as a secondary issue and is often irrelevant. Provision of income after separation is also dictated by ‘need’. How generously ‘need’ should be interpreted can become a real issue.

As house prices continue to rise more steeply than average salaries, properties are often purchased with financial assistance from couples’ respective families, invariably in unequal proportions or perhaps only from one side. As couples form permanent relationships later in life, it is not unusual for one to have accumulated significant wealth beforehand. Alternatively, one may have a significantly greater earning capacity than the other.

By entering into a prenuptial agreement the couple can seek to regulate any financial outcome upon separation, ensuring that they are not vulnerable to any uncertain and unsatisfactory outcome which current legal guidelines might impose.

Since the decision in the case of Grantino v Radmacher, the court has sought to uphold both pre and post nuptial agreements – even if the terms of the agreement may be entirely different to the outcome which the Family Court might deem appropriate. To achieve desired protection from such an agreement, a number of guidelines must be followed, including:

To ensure that an agreement will be upheld, ‘need’ must be taken into account, ensuring that neither person leaves the relationship without their reasonable ‘need’ being provided for, in the context of the overall financial provision of the couple.

In circumstances where the couple simply decide to co-habit, a Cohabitation Agreement might be entered into to similarly provide certainty of division of assets on separation.

As government cutbacks place increasing strain on the court system, most agreements entered into by couples will provide for them in the event of a dispute. The process of mediation, or (if agreement is impossible and a decision needs to be taken by a third party) arbitration, must be used as a means of resolution. Settlement out of court by these dispute resolution methods keeps costs to a minimum and maintains communication after separation which, particularly where children are involved, can be absolutely vital.